Album launch – The Blackwater Ceili band ‘Music in the Valley’ 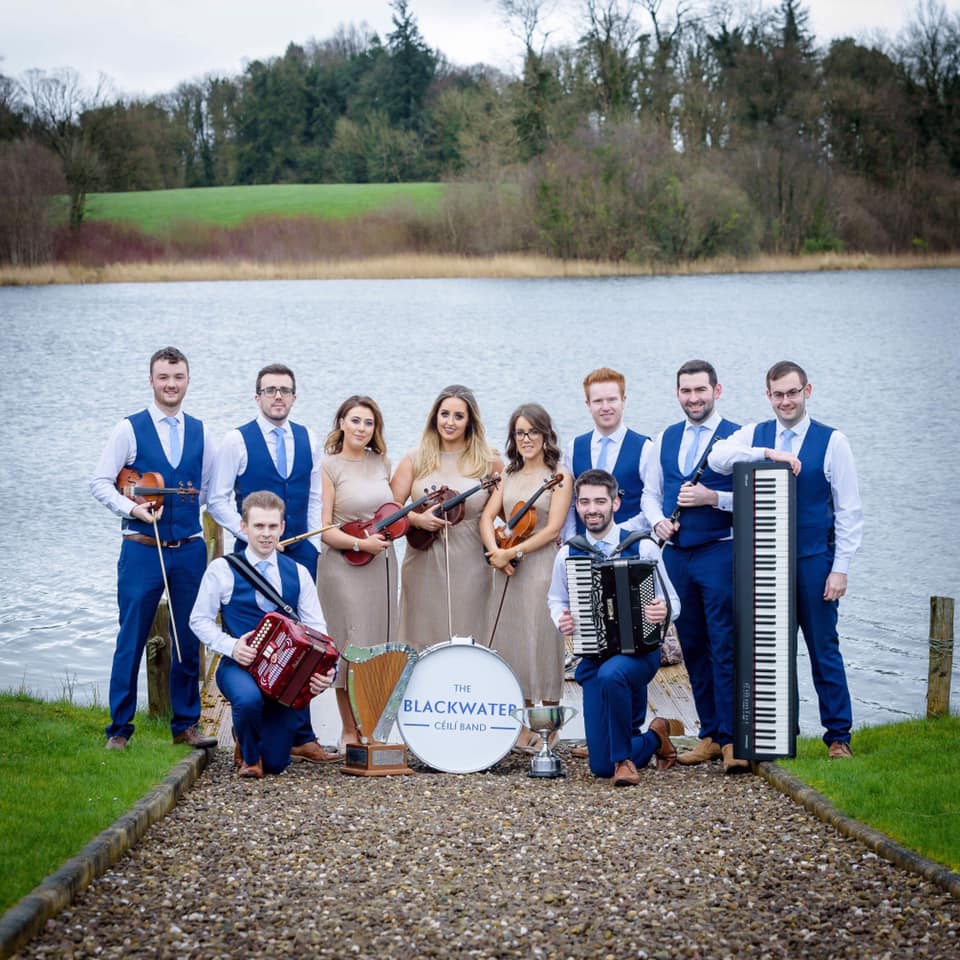 The Blackwater Ceili band ~ “Music in the Valley”

The Blackwater Céilí Band was formed in 2015 and consists of musicians from across Ulster. They have become an established band in the area and further afield since its inception, playing at concerts, fleadhanna and céilís up and down the country.
The band competed for several years in the Senior Céilí Band competition at Fleadh Cheoil na hÉireann and in 2017, the band tied for 2nd place in Ennis. The following year, they went one step further and were crowned Senior Céilí Band Champions for 2018, the first of its kind for County Tyrone and only the third band to win the elusive title from the province of Ulster.
Since that achievement, the band has performed at numerous gigs across Ireland and further afield, including their TV performances on Up For The Match and Fleadh TV, live RTÉ radio broadcasts with Lynette Fay and Kieran Hanrahan respectively and a special homecoming celebration in Fivemiletown, which was attended by hundreds of followers.
In early summer of this year, The Blackwater released their eagerly anticipated debut album, Music in the Valley to critical acclaim.
Described by Michael Rooney as ‘an album to savour’, the recording reflects the band’s intention of producing rhythmic and lively music which is suitable for dancers and listeners alike. The album can be purchased on their new website www.blackwaterceiliband.com and in many music outlets throughout the country.
The band continue to have a busy schedule performing and are looking forward to performing at Ennis Tradfest. You can keep up to date with all their latest gig info and news on their facebook page.