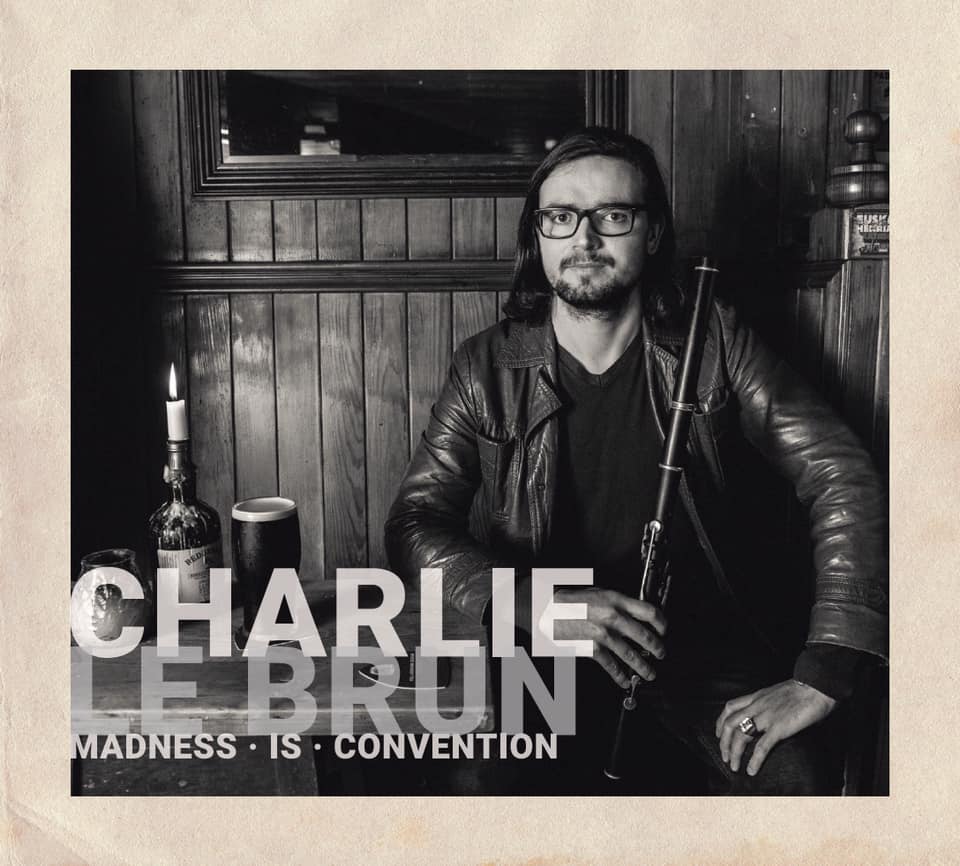 Charlie Le Brun is a flute player based in Dublin, Ireland. Born in Brittany, on the west coast of France, Charlie was immersed in the local traditional culture from a very young age, through speaking the Breton language and joining the many Fest-Noz all over the country (Breton ‘music and dance’ gatherings). Charlie initially started playing classical music before switching to the traditional Irish wooden flute in his early teens. Thereafter in 2008, he moved to Westport (Co. Mayo) where he joined various daily sessions alongside many accomplished musicians.

He has kept on perfecting his craft ever since! Also, all along his musical journey, Charlie has always strived to preserve the natural and warm sound of the timber flute. As for the repertoire, Le Brun enjoys playing old traditional Irish tunes as much as composing and interpreting tunes of a more contemporary style.

Charlie’s acclaimed debut album ‘Madness is Convention’ was recorded live in Belfast by Dónal O’Connor at RedBox Studios in January 2019. No post-production modifications were made to the original tracks, in order to preserve the authenticity and the intimacy of a musical moment shared in the studio by the musicians: Charlie Le Brun (Flute), Aoife Kelly (Concertina), Eamon Rooney (Bodhrán) and Feilimí O’Connor (Guitar). As Charlie often likes to say, ‘Traditional Music is all about quality moments, great people and a lot of fun’.

“A young man in a hurry, multi-talented and multi-style. A force to be reckoned with in the future.”
Alec Monaghan (Irish Music Magazine)