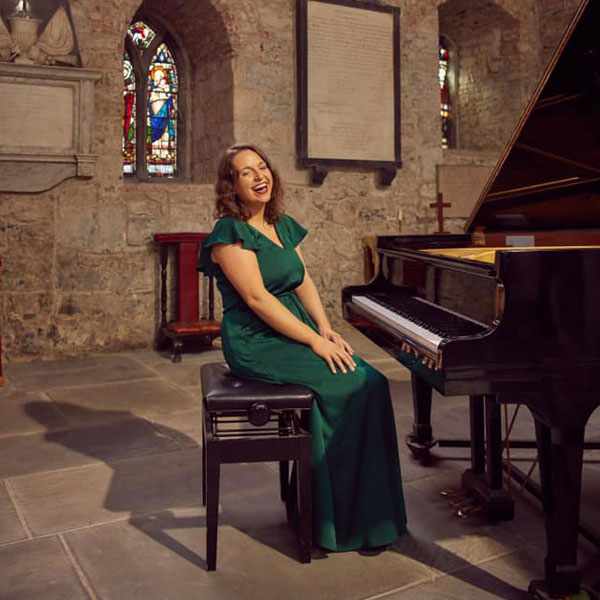 Born and raised in County Clare, Deirdre Millane has been immersed in Irish Traditional music from a young age. Deirdre started her musical journey, like most others, on the tin-whistle in her local Comhaltas branch and within a couple of years she decided that her musical endeavours were best suited to the piano. Under the tuition of teachers, Padraic O’ Reilly and Tadhg Ó Meachair, she developed an awareness and understanding of how best to exploit the piano’s ability to interpret traditional Irish tunes.

Deirdre sought to further enrich her musicality by studying classical piano and the theory of music. Although she much prefered the lively nature of traditional music, this foundation greatly enhanced her understanding of musical elements such as structure, harmony, melody and rhythm.

Deirdre continued her studies at The Irish World Academy where she completed a BA in Irish Music and Dance. During her time in UL, Deirdre further honed her skills in playing and composing and also gained the opportunity to learn from many great pianists she looked up to over the years such as Míchéal Ó Súilleabháin, Liam Bradley, Francis Ward, Caoimhin Vallely and Ryan Molloy. Traditional Irish music is something which Deirdre holds very dear with a cycle of constantly playing and learning and passing on her knowledge to her students.

Deirdre is a true advocate of Traditional Piano and feels blessed to have been immersed in the music from a young age. She is currently a resident musician with the show ‘Turas’ in Siamsa Tíre, The National Folk Theatre of Ireland. As a proud Clare woman, Deirdre is delighted to be launching her debut album ‘Idir Dubh agus Bán’ in her native county.