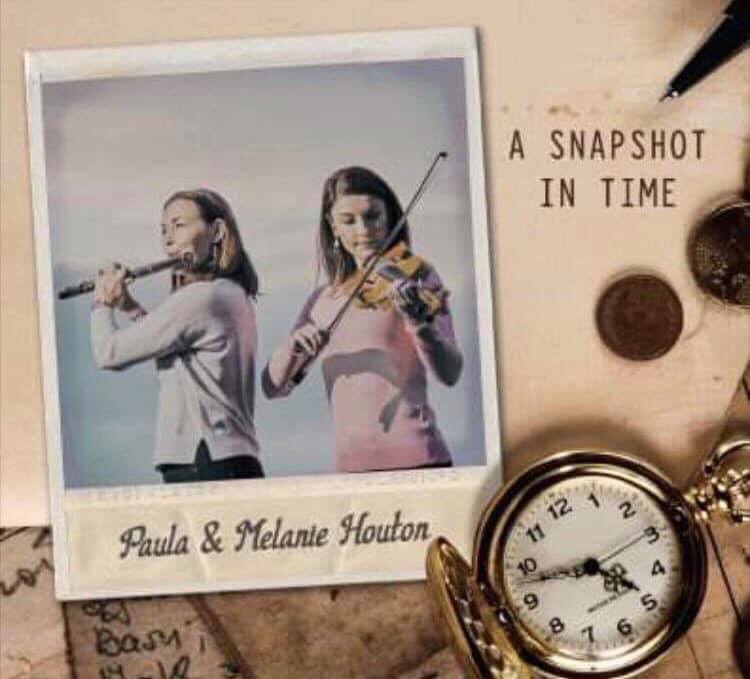 Donegal sisters, Paula and Melanie Houton from the Inishowen Peninsula, have just released their long-awaited debut album – A Snapshot In Time – that features old and new traditional tunes including their own compositions.

Bringing the traditional pairing of fiddle and flute/whistle to a contemporary audience, “they are both masters of their instruments with impeccable taste in their music” according to Altan’s Mairead Ní Mhaonaigh.

Having attended and played at Ennis Trad Festival for many years, they are delighted to have their debut album launched here.