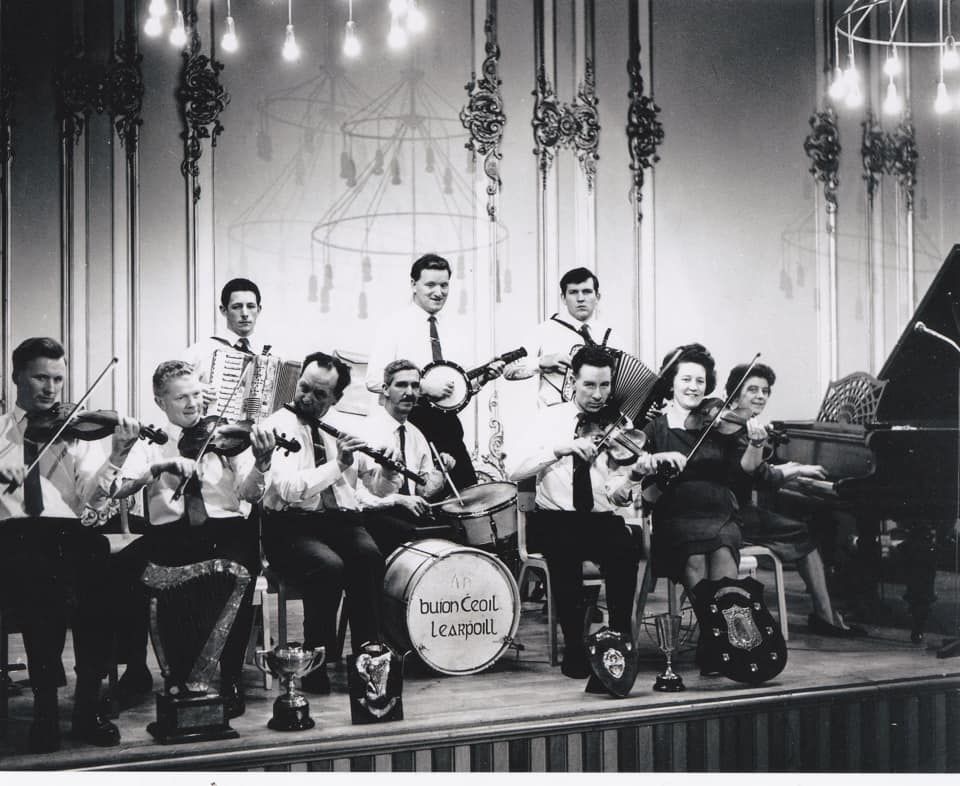 The book tells the story the Band from its origins in post war Liverpool through to the 1970s. The story encompasses the growth of Irish traditional music on Merseyside and in Ireland through this period, as well as the triumphs of the Band in competition.

How the book came about: I am married to Máire the eldest daughter of Sean McNamara (Sean Mc), a founder member of the Band. Unfortunately, Sean Mc passed away a few years ago. We often discussed the possibility of a book being written about the Band. But for all the discussions, the book never materialised. Then one day, when work was being done at the family home – where Máire’s mother Brenda still lives – old photos, articles and memorabilia that had been left undisturbed for years, tumbled from a wardrobe. This seemed to be ‘a message’ from Sean Mc that we should be getting on with it. The decision was made, and Brenda commissioned me to write the book.

The Clare connection: Sean Mc’s father was from Castlepark outside Kilmihil. The family were regular visitors to Clare and Sean was evacuated to Kilmilhil during World War Two. From his teenager years he was playing music in the ‘house dances’ of the area (in the 1940s and 1950s). Another renowned fiddle player from Liverpool, and great friend of Sean Mc’s, Eamon Coyne, accompanied him on many of these occasions. Eamon (another founder member of the Band) and Sean Mc were picking up many local tunes and were influenced by the Clare style of fiddle playing. These tunes came over to Liverpool and many became part of the Liverpool Céilí Band repertoire. Because of these links the Band was known as a ‘Clare band’ in Ireland. This was reinforced by their legendary appearances at the Fleadh Nua in Ennis and then the Cheol Kilmihil in the 1970s. These were joyous occasions as Band Members from the 1960s (Kit Hodge, Frank Horan and Charlie Lennon) would join them again, on stage and in session.
The Band were ground-breaking, in that they became the first non-Irish band to be crowned All-Ireland Champions in 1963 at Mullingar; a feat that they repeated in 1964 at Clones. They won the Oireachtas Céilí Band titles in 1962 and 1963 in the Mansion House in Dublin. The Band toured Ireland regularly and ‘the States’ in 1967. They played on Sunday Night at the London Palladium and at the Albert Hall. One of the moments that the Band were rightly proud of, was that they were invited over to play at the Jubilee celebrations of the Easter Rising, in Dublin in 1966.

For all their honours, the Band were famed for the ‘great life’ in their music and their ability to enthuse dancers. The book tells of the great comradeship within the Band and is laced through with many humorous stories. It contains individual biographies of the 14 musicians who played with the Band during this era.