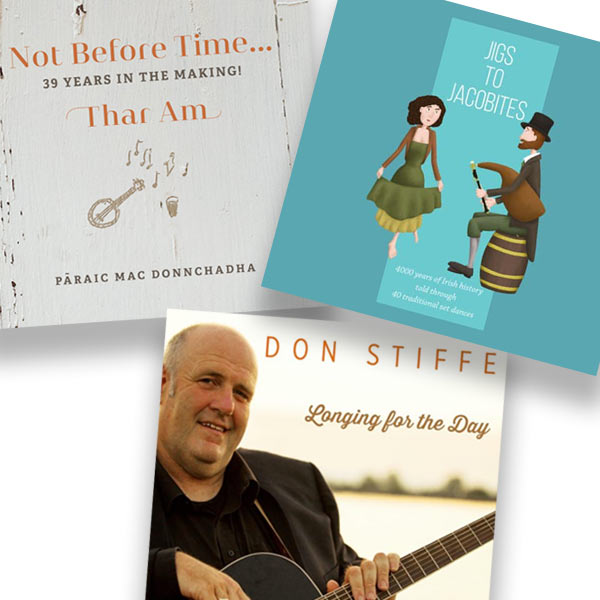 A great night of music & song with the first of our album launches!
Free admission.

9pm-
Páraic MacDonnchadha
“Not before time”

Páraic Mac Donnchadha was a late convert to the banjo, only taking it up in his second year at College having spent many years learning piano during his childhood. Hugely influenced by the precious opportunity to learn from and play with such massive traditional music luminaries as Paddy Carty and Conor Tully (with whom he recorded on a ‘Bring Down the Lamp’ RTE television programme) among others, Páraic is regarded as having a particularly rhythmic style and sensitive interpretation of East Galway music, deriving from this treasured exposure to East Galway musical exemplars.