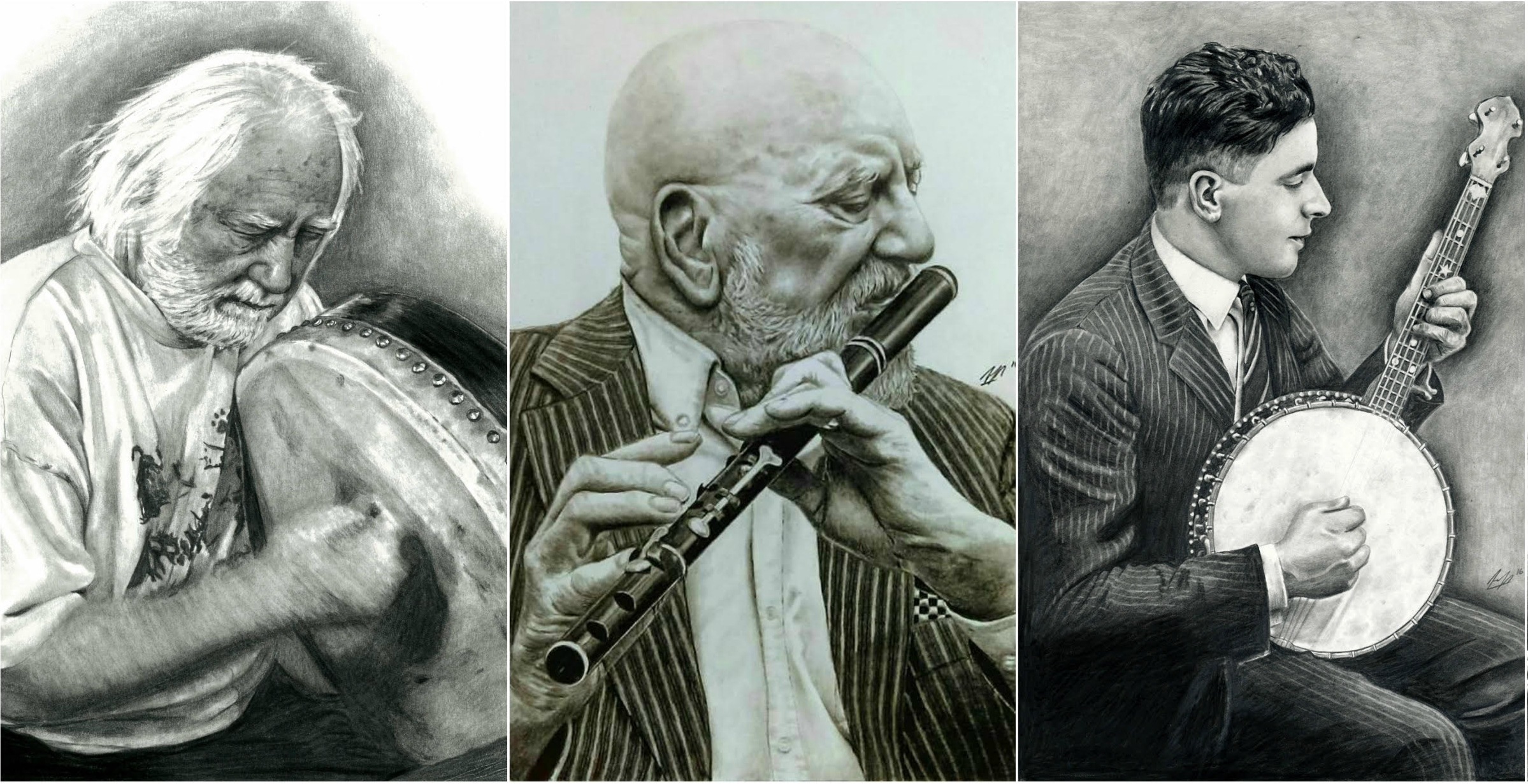 Abbey Street Car Park – Originally from County Wexford but living in Limerick for the past 9 years, Finn Harper is a young accomplished Irish musician with a BA in Irish Music and is a self-taught artist in his own right.

In 2015 during a short music residency in Florida, USA, Finn tried his hand at a few portraits of Irish musicians that have inspired and influenced him over the years and hasn’t looked back since.

After moving back to Limerick in February, he has gained a high following in Ireland and across the world with his individual style of realistic high contrast pencil artwork.

Showing no signs of slowing down, 2016/17 will be a busy period for Finn exhibiting his work at numerous music and art festivals all over Ireland. So far he has had exhibitions at the Doolin Folk Festival, the Fleadh Cheoil in Ennis and the Padraig O’Keefe festival in Castleisland.