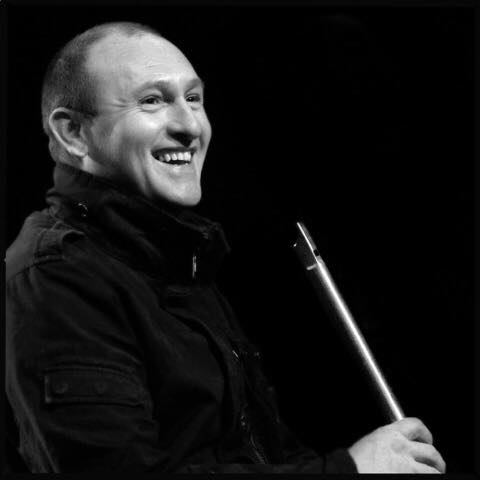 We are very pleased to announce the first gig for the 25th year of the Ennis Trad festival!

(Tickets available on the door only, so get there early to avoid disappointment!)

A co-founder of Flook and Lúnasa, and a member of Capercaillie’s line-up since 1998, Manchester-born flute/whistle and uilleann pipes maestro Michael McGoldrick has in recent years performed around the globe in ex-Dire Straits legend Mark Knopfler’s band – including a tour with both Knopfler and Bob Dylan.
Despite this lengthy list of stellar collaborations his true genius lies in his own trailblazing work as a player and composer, brilliantly showcased on his three solo albums to date.
On top of all his other projects he also fronts the exhilarating “Michael McGoldrick Big Band” which will be playing at the 25th Ennis Trad fest on Fri 9th November 2018 for a show stopping performance!