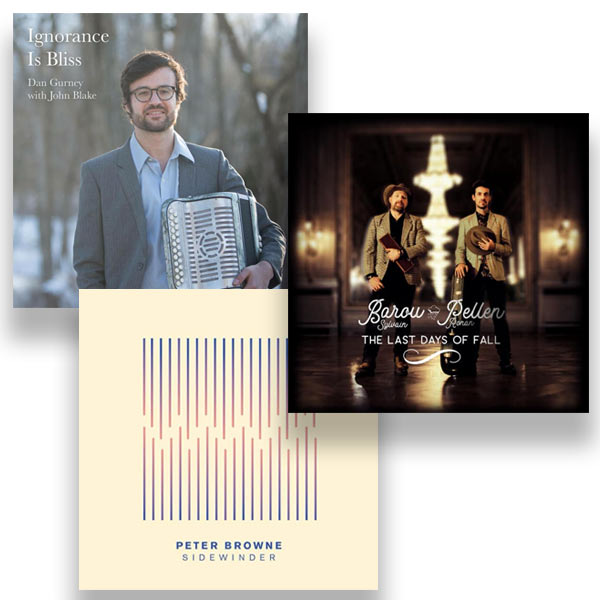 “Dan Gurney’s music speaks for itself. His heart governs how he plays. Dan’s music on this recording is magical, lyrical and effortless. Congratulations Dan, this is a memorable recording.”
– Seamus Connolly

“I have been listening to the music of Sylvain Barou and Ronan Pellen for many years and have marvelled at their understanding and emotional attachment to Irish instrumental folk music. They have both shown a wonderful musical curiosity and have undertaken a most interesting musical journey based on total exploration and immersion in the Irish tradition. Of more importance is their own musical creativity, based on the life long experience of playing music in a broader sense. This to be heard in abundance on this album as the range of musical choice and execution unveils the beauty and complexity of their music. I salute you both- gurab fhada buan sibh.” Paddy Glackin

Peter Browne, from Dublin, has been playing traditional music on the accordion from an early age, and has played all over Europe, the USA and Asia. He has performed and recorded with many bands and musicians over the years, such as Stocktons Wing, Slide, Providence and At first light, Emer Mayock & kila.
He has also been involved with a number of acts outside of the traditional realm such as the RTE Concert Orchestra, jazz and other ethnic and improvised forms of music.