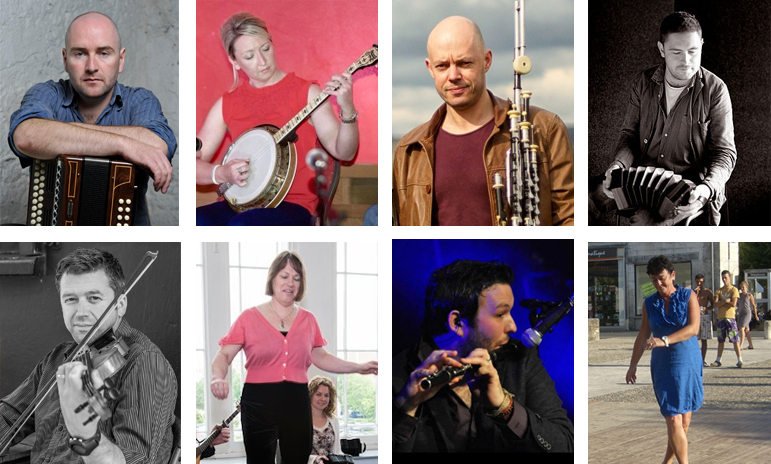 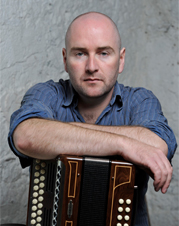 Derek Hickey hails from Adare, Co. Limerick. Both his grandfathers played fiddle and his own musical career began at ten years of age when his uncle left an accordion in the family home. Derek progressed to dance tunes within weeks though he didn’t begin lessons – under the tutelage of Dónal de Barra – until he was 12.

Derek’s professional career began three years later when he joined the Shannonside Céilí Band. Formed by the Liddy family the band was particularly popular in the north of the country. It also toured extensively in England and made regular trips throughout Europe.

In 1995 Derek joined the legendary De Dannan. The De Dannan sound has always been based around the interaction between Frankie Gavin’s virtuoso fiddle and the box. Other great box players in De Dannan’s colourful history have included Jackie Daly, Mairtin O’Connor and Aidan Coffey. His pairing with Gavin proved to be one of the best box and fiddle duets ever. He toured with De Dannan until they disbanded in 2003. Derek is a button accordion tutor on the BA Irish Music and Dance at the Irish World Academy. 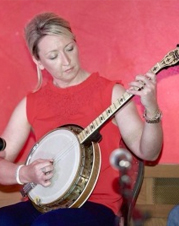 Theresa O’Grady was born and brought up in Luton, England. She now lives in Aclare, Co. Sligo. Theresa along with her 2 brothers James (Fiddle and pipes) and Ciaran (Concertina) would have many All Ireland titles to their names. “The O’Gradys”, as they more commonly known in their early music careers were privileged to have learned their music from, and played with great Musicians such as Annette Caulfield, Tommy Keane, Paddy Hayes and Brian Rooney to name but a few. This exposure from a young age has been a great asset to Theresa as she is now one of the finest female banjo players in the country. She has been a very popular teacher at the Willie Clancy Summer School and South Sligo Summer School for a number of years.

Theresa moved to Dublin in 1997 with work and from there met and married Sligo born Piano Accordion player Declan Payne in 2003 and moved to Sligo. They are both founding members of the Sligo based band “The Border Collies” and Theresa can be credited with the famous “banjo track” on the album “Unleashed”. 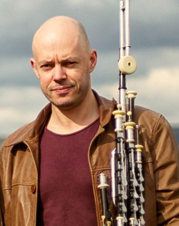 Loïc Bléjean is a Breton uilleann pipes and low whistleplayer. Deeply rooted in Irish traditional music, he is also avery versatile musician, having taken part in many differentprojects over the last twenty five years. He started with the pipes in 1989 under the tuition of Alain Le Hegarat.

In the village of Tréméven on the northcoast of Brittany, Loïc and hisbrother Ronanfounded Irish Rendez Vous Music Festival, promoting irish traditional music atitsvery best since 2009. 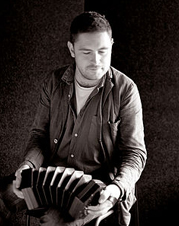 Jack Talty is an Irish traditional musician, composer, producer, educator, and ethnomusicologist from Lissycasey in Co. Clare. As a performer Jack has travelled extensively throughout Europe, the United States, Australia, and Asia, and has contributed to over 30 albums to date as a musician, producer, composer, arranger, and engineer. In 2011 Jack released the critically acclaimed Na Fir Bolg with fellow concertina player Cormac Begley on his own Raelach Records label, and also formedEnsemble Ériu with double bass and flute player Neil O’ Loghlen. In January 2015, Ensemble Ériu were awarded the prestigious Gradam Comharcheol TG4 (musical collaboration award presented by Ireland’s national Irish language broadcaster). Since 2013 Jack has also performed as a section leader with Dave Flynn’s Irish Memory Orchestra. 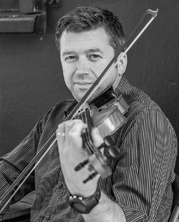 Ruadhrai O’Kane originally comes from just outside the town of Dungiven in Co Derry and has lived in Belfast, Co Antrim since going to university in 1995. Ruadhrai was encouraged to play the fiddle aged 10 by his father Seamus and was influenced by many fiddle players he played with from across the northern counties and from his annual childhood summer holidays in Gaoth Dobhair, Co Donegal. He formed a group called Óige when still at school with his brother Murrough (flute), classmate Cara Dillon (fiddle & vocals) and guitarist Paul McLaughlin. He continued playing with the band for around 10 years up to 2001 and during this time they produced 3 albums together and toured extensively through Ireland, UK, Europe and beyond. More recently Ruadhrai has taught fiddle for BelfastTrad for many years and performed at several European festivals where he has also given workshops. Ruadhrai released a live CD with concertina player, Jason O’Rourke, entitled ”Rougery Road” in 2004 and recorded a CD entitled “Good Morning to Your Nightcap” with the band of the same name which was launched at last years’ Ennis Trad Festival. 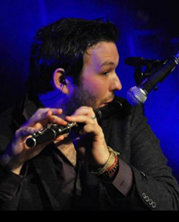 Multi-instrumentalist Tommy Fitzharris, hails from Stradbally, Co Laois, and has been playing traditional Irish Music since the age of seven. He comes from a musical family and is self-taught on the flute, concertina and whistle.

Tommy made a first ever for his county in 2009 when he won the Senior Concertina Title in the All-Ireland Fleadh. In 2012, he then triumphed in the All Ireland Senior Flute Competition winning it also at Fleadh Cheoil na hEireann in Cavan.

Tommy has been a tutor on the BA in Irish Music and Dance and on theMA in Traditional Irish Music Performance in the University of Limerick from 2009 to present. In addition, he is in constant demand as a tutor and performer on the traditional Irish music festival scene and continues to give workshops and concerts at various traditional music festivals nationally and internationally. Tommy has toured Europe, the United States and Asia extensively with the band Ciorras who were formed as part of the Lorg Lunny programme on TG4. He has featured on the Fleadh programmes, BBC Alba and its annual coverage of the famous Celtic Connections festival in Glasgow, Beijing TV, Geantraí, Ceilí House and The Tubridy Show. He has performed in some the worlds most prestigious music venues including The Forbidden City Concert HallBeijing, The National Concert Hall in Dublin and the Munich Philharmonie Concert Hall to name but a few. Tommy holds an MA in Irish Traditional Music Performance and a Grad Dip in Music Education, attained fromThe Irish World Academy of Music and Dance at the University of Limerick. 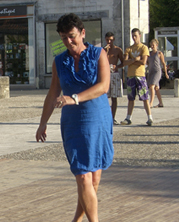 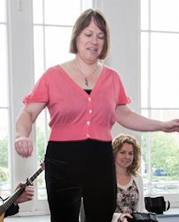 In later years she found a true love of the oldest form of Irish solo dance, commonly referred to as Sean Nós Dancing and was taught by Mairéad Casey and Mick Mulkerrin at the Willie Clancy Summer School, in Miltown Malbay Co. Clare. In 2006, Suzanne was invited to teach Sean Nós dancing in Cork and since then has taught in the local community and at numerous festivals at home and abroad. [vc_empty_space]